MIRAMAR BEACH – When Destin Charity Wine Auction Foundation President John Russell raised a toast to welcome guests to the 17th annual fundraiser April 23, he was especially appreciative of the ticket holders under the big tent.

“It has been too long since we joined together to raise paddles high and help the children of this beautiful paradise we call home. A toast to perseverance!” he exclaimed, noting that the pandemic had prevented an in-person auction since 2019. “I’ve been waiting for that glass of wine for two years.”

The foundation had already raised $25 million for Northwest Florida charities since its founding in 2005 – including $4.5 million during virtual auctions in 2020 and 2021 – and the goal was high for the 2022 installment.

“Our mission is clear,” Russell admitted. “There are children in our community that need our help, and we are going to show them we’re with them and their fight.”

Auction weekend kicked off Friday with 10 patron dinners held at various locations around the Emerald Coast, which alone raised $735,000. Of those meals, three exceeded the $100,000 mark, including dinners hosted by Stephen and Joan Carter, Jack and Candis Wilson, and Tom and Dana Saffel.

Representing Jackson Family Wines, Kevin Callanan was thrilled to see the return of the in-person auction.

“I love this event. I’ve been coming here every year since 2004 and I’ve missed this event quite a bit,” Callanan admitted, as he poured Brewer-Clifton pinot noir from Santa Rita Hills.

First-time DCWAF auctioneer Charles Antin got the live auction underway with the always exciting Magnum Force lot, a collection of 50 magnum bottles of wine from participating vintners, past and present. When the proverbial smoke cleared, a bid of $70,000 won it all.

Antin’s quick wit kept the auction moving, with the top lot, “The Heart and History of Virginia” going for $110,000. Other notable winning bids included a trip down Kentucky’s bourbon trail for $75,000; a seven-day trip to San Miguel, Mexico, for $70,000; and an island-hopping yacht adventure with Captains Tim and Jennifer Creehan for $70,000.

Confetti cannons celebrated the passing of the 1 million, 2 million and 3 million-dollar marks as the night wore on and the 46 live auction lots found their homes. At last count, proceeds exceeded a record-breaking $3.8 million – and counting.

Bidders were powered by a dinner from Swiftly Catered, including braised short ribs, asiago and asparagus tarts, and Chef Kyle Swift’s charcuterie selection.

Roy, who has been a part of the auction since 2016, took the opportunity to thank the crowd for being such an inspiration. 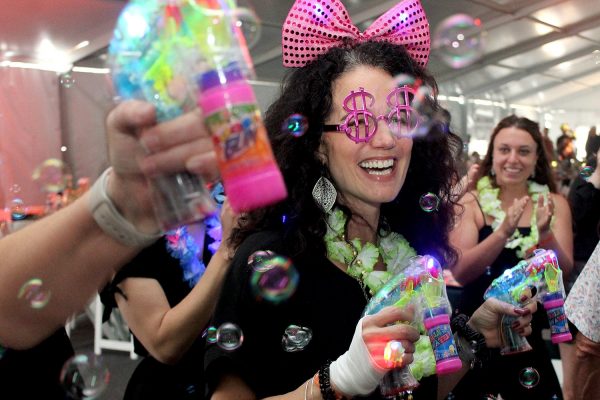 Welcome to the party! 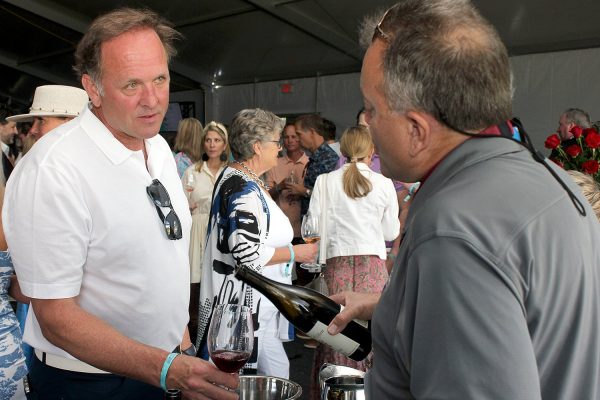 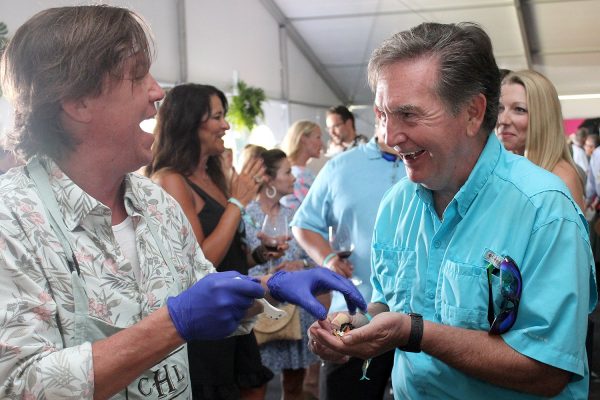 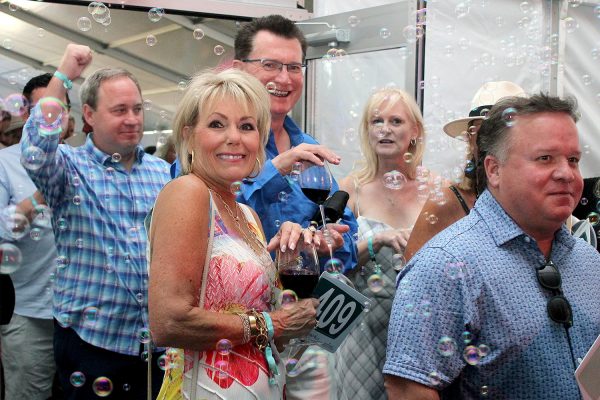 The welcome into the tent is always exciting! 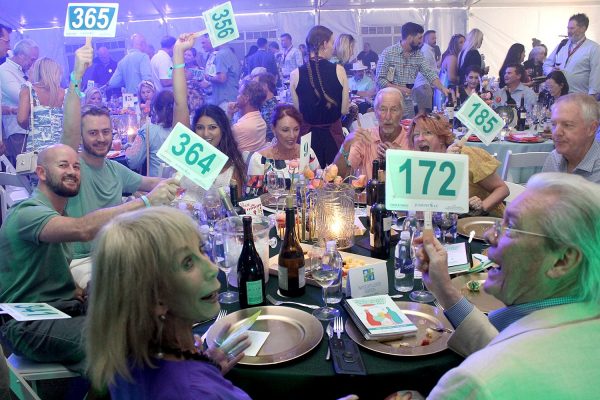 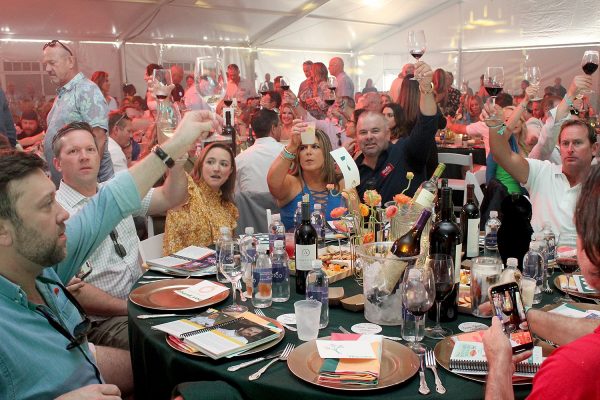 A toast to perseverance! 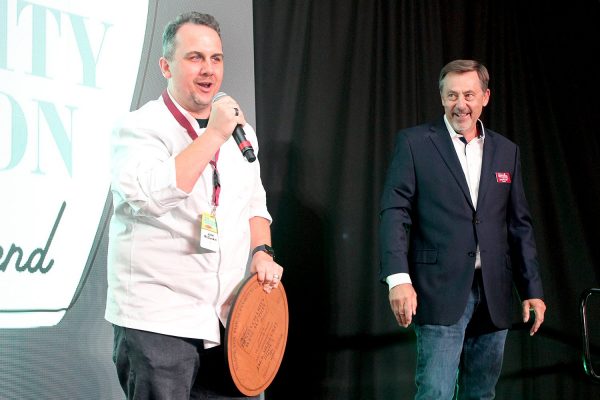 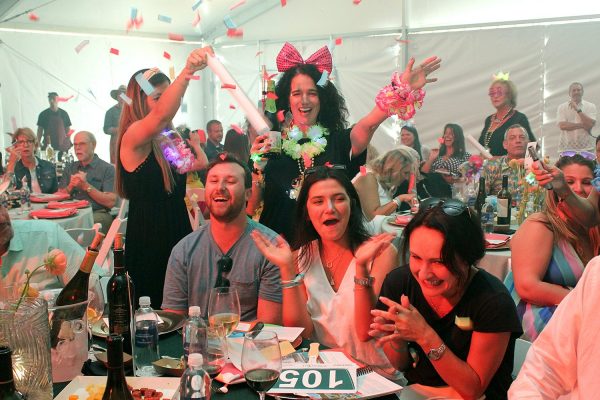 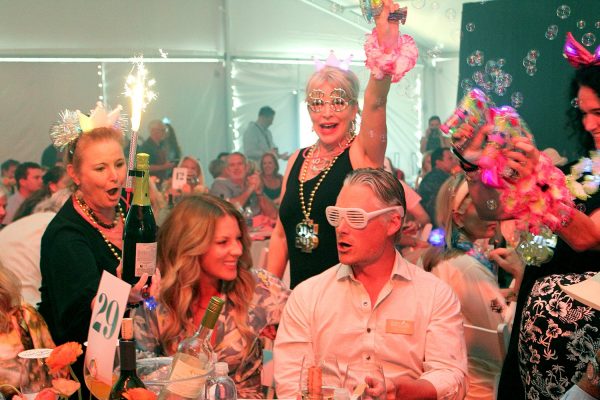 Winning bids are always cause for celebration. 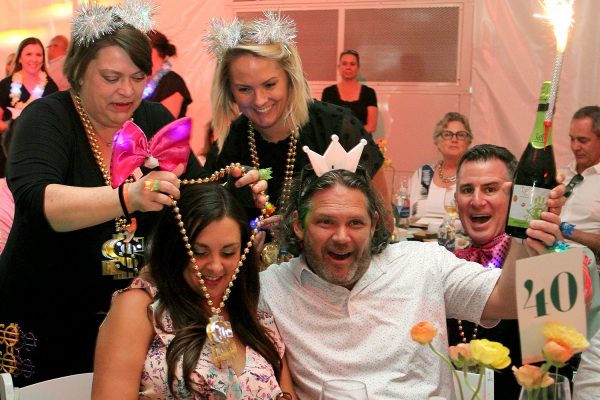 Celebrating for a good cause! 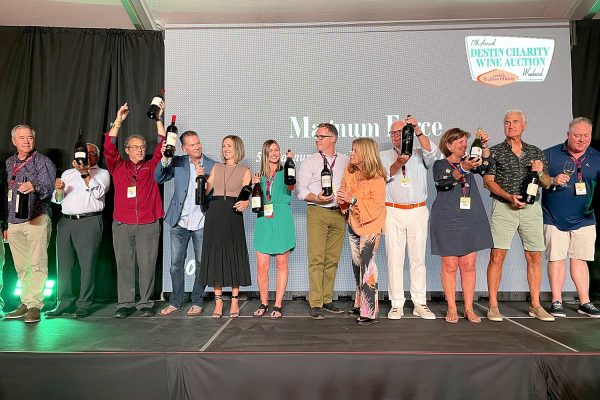 The Magnum Force lot is a force to reckon with! 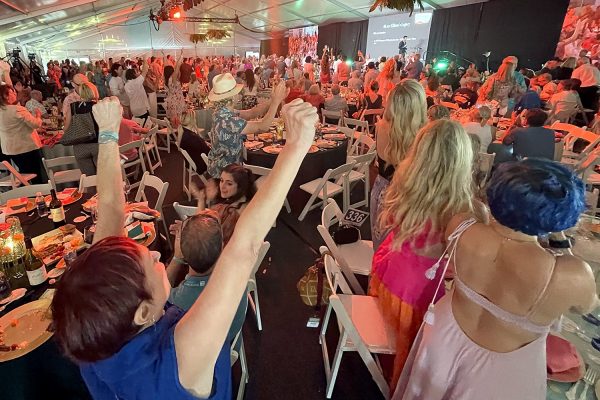