Eggs on the Beach: A griller thriller 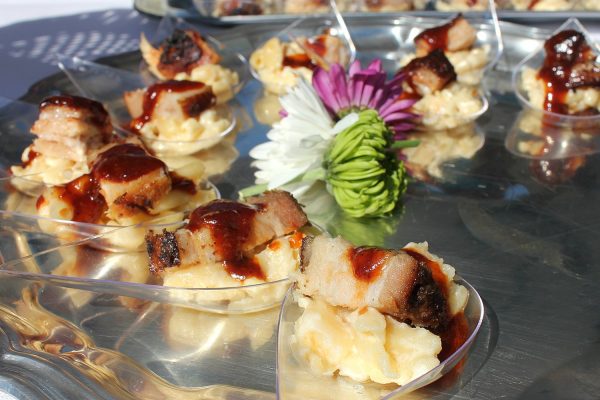 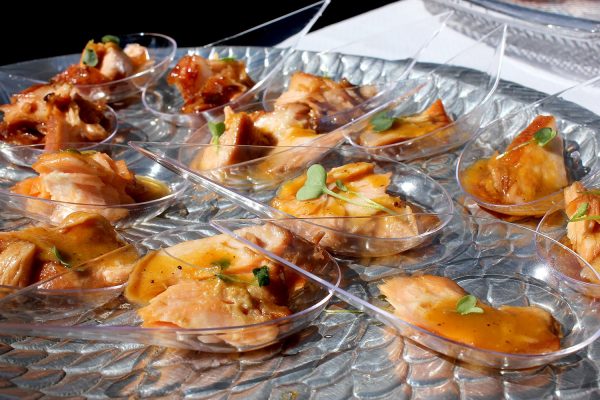 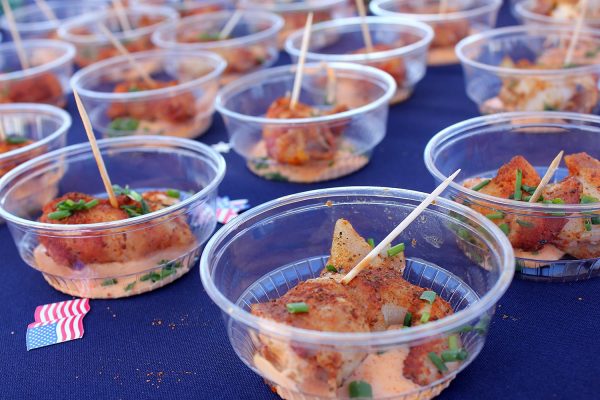 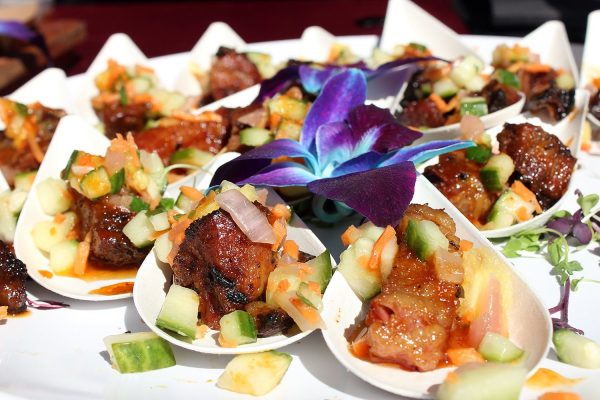 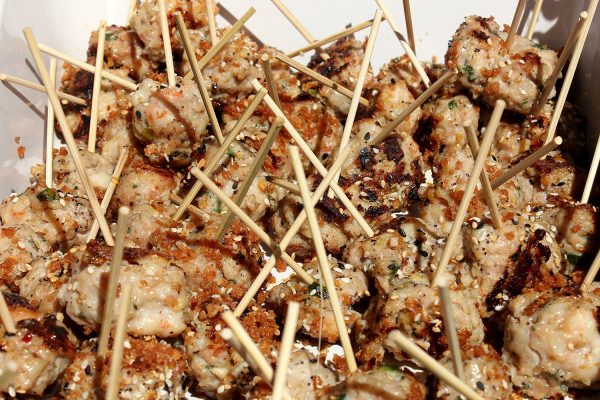 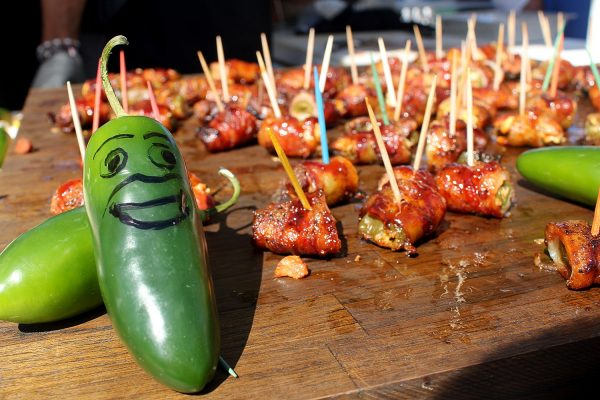 MIRAMAR BEACH – Seascape Towne Centre was smoking Oct. 15, as hungry taste-testers had their fill – and then some – at the eighth annual Eggs on the Beach grilling competition.

Event organizer and Bay Breeze Patio owner Susan Kiley was all smiles, basking in what she called “chamber of commerce weather” as she watched the EggFest unfold, trusty clipboard in hand.

“We have 20 cook teams. New this year, Knob Creek is sampling a lineup of cocktail drinks and Abita Beer is sampling beers in our beer garden,” Kiley pointed out. “The raffle is probably the best raffle we’ve ever had, but I have to say – by far – this is the best food year I have ever seen. The food has been unbelievable.”

Cook teams are competing for prizes, including Best Knob Creek Bite, deemed to have most effectively utilized the Kentucky bourbon; Best Non-Profit Team; and the highly coveted Taster’s Choice, which allows attendees to vote via ticket system.

O’Neil – who has a house here on the bay – even got called into duty, filling in after a member of the Food For Thought cook team had an emergency.

He was elbow-deep in beef, creating a dish he called “How Do You Do Your Wagyu?” using Honor Wagyu from Dallas, including beef bacon, New York strip and flat steak. His secret ingredient was his homemade non-alcoholic coffee syrup barbecue sauce, combined with Knob Creek to make a candy glaze. He topped everything off with his own Dude Food Fire spice blend.

When it comes to judging duty, O’Neil said he was really looking for depth of flavor.

Pete Goldman of Breezy’s Biscuits teamed up with “G-Stack” and “A-Stack” on the Mind If I Smoke? team. Together they created pork belly burnt ends with Knob Creek maple bourbon glaze, served with sweet sliced pickles, smoked mac and cheese, accompanied with one of Goldman’s hatch green chili cheddar biscuits.

This was Goldman’s first EggFest, and he was blown away.

“I think this is an amazing event! The turnout is probably 10 times what I expected!” Goldman said. “Food is what drives this city – as well as the beach – and we’re brining Georgia, we’re bringing Tennessee, we’re bringing Florida flavors right here.”

Across the complex, the Smoke on the Bay team included Jimmy Powell and Keith Landry, who were first-time attendees in 2021 and decided to enter as a cook team this year with their authentic Cuban pork with beans and rice.

Landry said the dish was inspired by a dinner served at a Cuban friend’s house. Starting with a pork roast, they marinated it in a spice rub, slow-cooked it for 15 hours, made a mojo sauce using freshly-squeezed oranges, and a side of Cuban beans and rice.

“My friend made this dish and I thought it was the best pork I’d ever eaten,” Landry explained. “We’ve been making this for at least 25 years. The dish just lends itself to being cooked on the Big Green Egg. When you’re smoking it, you’re doing it low and slow, and that’s the idea.”

Eggs on the Beach has both good food and good causes. Proceeds benefit The Fisher House of the Emerald Coast and Food for Thought, and has raised well over $200,000 since its inception. 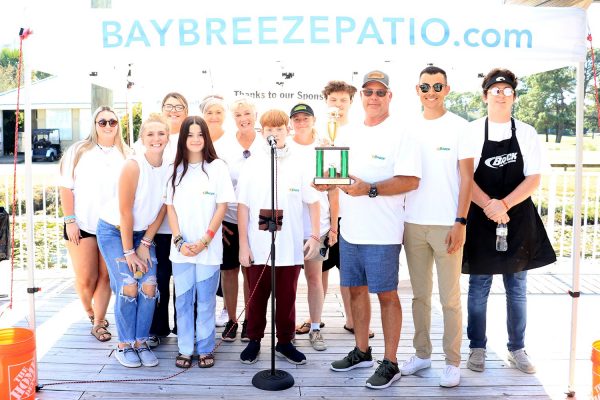 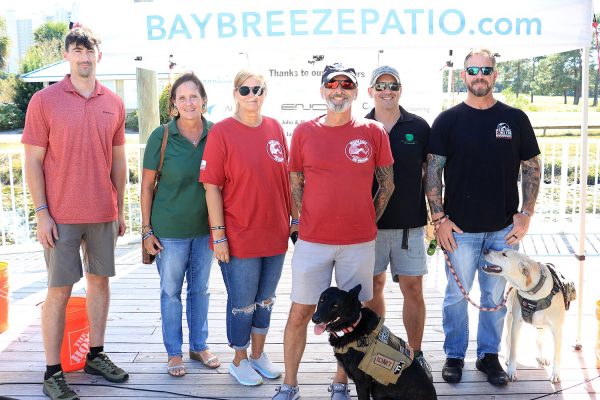 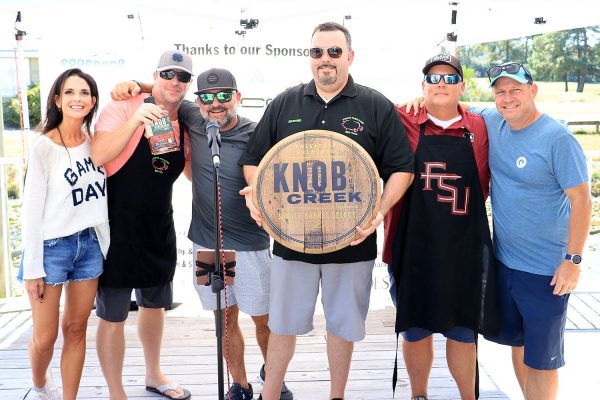 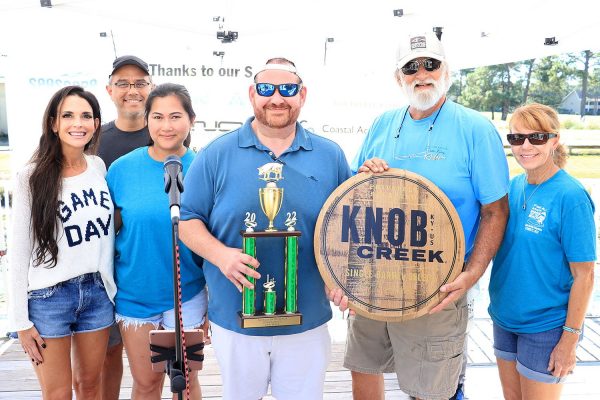 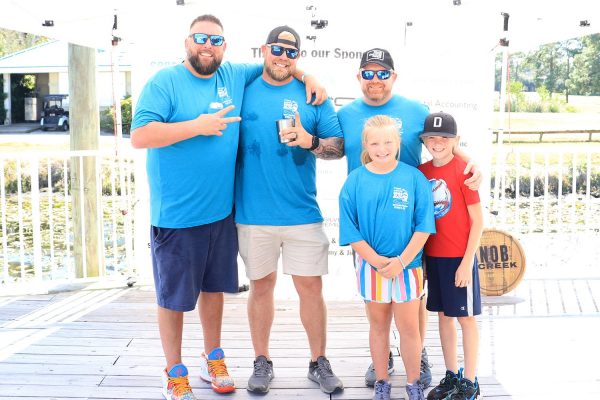 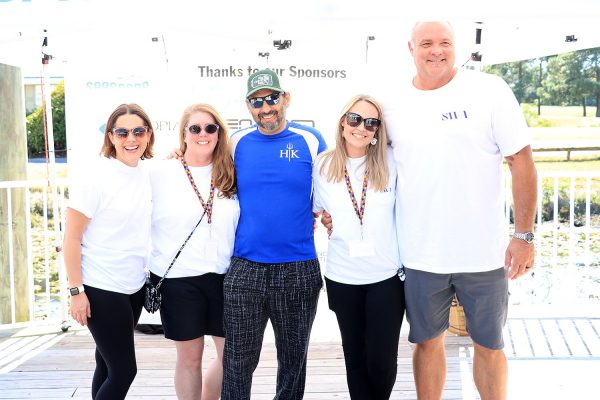 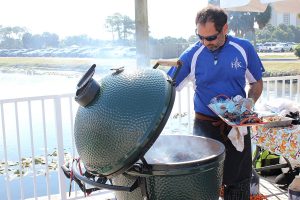 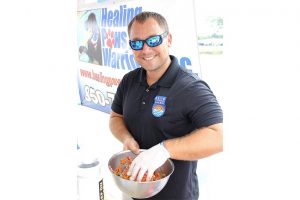 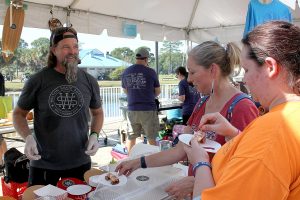 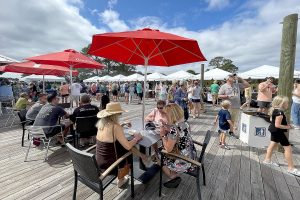 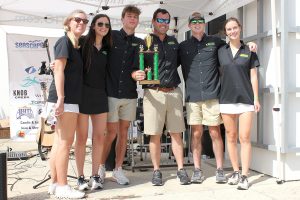 Eggs on the Beach: Firing up the grills again Oct. 16

SEASCAPE – While the coals were extinguished last year due to the pandemic, local grilling enthusiasts are back to cooking with fire for the seventh annual Eggs on the Beach EggFest Cooking Competition!

“Tasters can taste unlimited bites from our cook teams, many of which serve multiple recipes and sometimes pair their bite with a complementary cocktail.” – Susan Kiley

Hosted by Bay Breeze Patio, this beloved culinary event celebrates the Big Green Egg, a kamado-style ceramic charcoal barbecue cooker capable of cranking out anything you can do in a grill, oven, or smoker.

“We’re moving to the Seascape Towne Center where cook teams will have individual tents instead of being under one large tent,” Kiley said. “The open-air setting will allow for social distancing and masks are encouraged.”

She said their goal is 24 cook teams – a combination of non-profits, backyard grill teams, and local restaurants.

Ticket holders – also known as Tasters – make their rounds through tents to visit each team’s grilling station. Alongside an esteemed panel of judges, they vote for their favorites using their allotment of five tickets.

“Tasters can taste unlimited bites from our cook teams, many of which serve multiple recipes and sometimes pair their bite with a complementary cocktail or beverage,” Kiley said. “In addition, Knob Creek has traditionally held tasting seminars, and ENCO Electronics sponsors our Sports Zone, broadcasting the most popular college football games. In addition, we have a Kids Zone for those who bring their family.”

Teams are competing for those tickets, and thus bragging rights and prizes.

“For our backyard and restaurant teams, they are vying for a chance to win a Big Green Egg,” explained Kiley. “Our non-profit teams are competing for a cash donation toward their cause.

Enjoy live music as you mingle and taste – rain or shine. The festivities are about more than good food and a good time, though, as proceeds will benefit local non-profits Food For Thought and Fisher House of the Emerald Coast. A drawing for prizes – including a Mini-Max Big Green Egg – also raises money for these groups.

“When we created Eggs on the Beach, we wanted to be sure to create a deliciously fun event that benefitted our local community,” Kiley said. “With the large military presence in our area, we really wanted to benefit those who serve our country. We connected with the team at the Fisher House for our inaugural event and it’s been a great partnership. We added Food for Thought in year two to serve kids in need in Walton and Okaloosa counties.”

Eggs on the Beach EggFest Cooking Competition will be held Saturday, Oct. 16 from 10 a.m. to 1:30 p.m. at Seascape Towne Center, on the South side of Highway 98. Tickets and cook team registration will be available at www.eggsonthebeach.com.