Check out the latest highlights from the Acme Ice House Food Fight held on January 14th. Chef Alex of V Seagrove prevailed over Chef Nikhil from Roux 30a. Join us in February as two local chefs battle it out for bragging rights on 30a.

We hope everyone has recovered from the Thanksgiving holiday and Christmas trees are up and ready for the Christmas season.

This week’s installment of the 3 for 30a has some great events to get the celebrations under way for the holiday season.

On Friday night, check out the Speakeasy Party at Acme Ice House in Seacrest Beach, The fun starts at 6PM, so break out your best soot suit, gangster or Gatsby costume and help celebrate the repeal of Prohibition. $15 at the door gets you a featured cocktail and a portion of the proceeds will go to benefit Food for Thought. 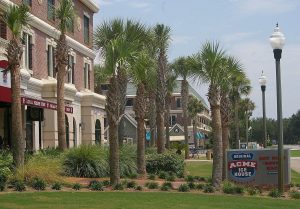 Spend Saturday in a Florida Winter Wonderland at the E.O. Wilson Biophilia Center in Freeport. Enjoy arts and crafts, gingerbread house decorating and check out the LIVE penguin at 11AM and 11:45. The festivities run from 10AM to 3pm and Santa will make his appearance at 1PM

Finish out your weekend at one of 30a’s hidden gems. Highlands House host a wonderful brunch and enjoy half-priced bottle of wine for dinner. For more information call 850-660-1946 or check out their menu online! 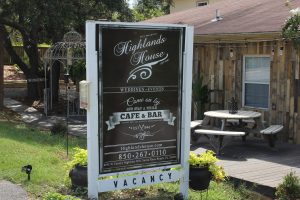 The Battle of Rosemary Beach

Acme Ice House in Seacrest has done it again. Wednesday November 19th’s installment of “Food Fights” showcasing local 30A chefs cooking head to head (with three mandatory secret ingredients and only an hour’s time!), was overflowing with creativity, talent, and entertainment.

Eager guests poured into the warm, inviting doors of Acme, ready to enjoy the festivities and generous with their donations to the sponsored charity, Food for Thought. The room filled with the buzz and energy from supporters of both chefs. This month’s contestants were Chef William Wiehl of Restaurant Paradis and Chef Gregg Smith from The Pearl. It was quickly dubbed “The Battle of Rosemary Beach” as the prep gloves went on.

Surprised and enthusiastic murmurs were audible as the chef’s secret ingredients were revealed. Not for the food unadventurous, they were: duck confit, aged goat cheese in the Morbier style, and dried mullet roe. Just like mama never made!

As the chef’s began their challenge, Acme passed appetizers highlighting the secret ingredients to the guests. They included deviled eggs using the mullet roe, puff pastry topped with apples and aged goat cheese, and quesadillas with the duck confit. Tasty signature drinks were also flowing: a Cosmopolitan made with New Amsterdam Citron, Cointreau, lime and cranberry juice and a Manhattan with Ridgemont Reserve Bourbon, sweet vermouth, and bitters. Providing attentive, excellent service, the Acme Staff seem to be having as much fun as the crowd.

Along with John Certo, Owner and Chef of Andy’s Flour Power in Panama City Beach and Denise Crider, Culinary Director at Gulf Coast State College, I was privileged to enjoy and assess the dishes created by these two highly talented chefs.

Chef William started with a version of hummus – a Mediterranean style dip including two of the secret products: the roe and the aged goat cheese. The dip was airy and light and a nice start to the meal. Next, he served us a salad made up of ribbons of carrot and zucchini as well as the thinly sliced roe, and dressed with a dreamy lemon-thyme vinaigrette. It was crisp, sweet, bright and well-seasoned. Chef William’s last dish was another star: the duck confit atop a hash of roasted carrots, potatoes, and pork belly and a sweet and tangy reduction complimenting the vegetables and duck expertly.

From Chef Gregg’s corner of the kitchen first appeared a homemade flatbread pizza: straight from Acme’s wood fire oven. The tender yet crispy crust was topped with aromatic caramelized onions, basil pesto, goat cheese and pulled duck meat. I mused that if offered on a menu, I would order this pizza combination again and again as the gourmet pie’s flavors melded so harmoniously. Chef Gregg also created the judges’ favorite dish of the night: his version of a Shepherd’s Pie. The duck was nestled in a ragout of vegetables with complex, rich flavor. It was hard to believe this plate was executed in just an hour’s time.

After a thoughtful deliberation including a lively debate, we came to a consensus and deemed Chef William Wiehl from Restaurant Paradis the champion! He was ecstatic and his friends and family swarmed him with high-fives and hugs of congratulations.

Follow us at 30afoodandwine.com to find out which two chefs will duel in January’s Food Fights contest! While enjoying watching them duke it out, you’ll be the real winner!

Anyone happening by Seacrest this past Wednesday evening may have heard the enthusiastic roar as Acme Ice House crowned their first Food Fight winner. It was a night celebrating culinary creativity and the crowd buzzed with excitement as two local chefs had one hour to create a minimum of two dishes with mystery ingredients.

As the competition kicked off, Chef Derek Langford from Bud & Alley’s in Seaside and Chef Chris Infinger of g.Foley’s in Panama City Beach were given their three mandatory ingredients: Golden Tilefish, King Oyster mushrooms, and white asparagus.

Chef Chris presented three courses starting with a deviled egg with asparagus puree and a hot sauce gelée giving this little bite a kick. Next his cheesy King Oyster mushroom risotto was creamy and earthy and garnished with dehydrated mushrooms that were first boiled with smoky bacon. This dish showcased Chef Chris’s creative ambition and point of view. Lastly his Tilefish was accompanied by an herbed crab stuffing and resting on crisp-tender asparagus spears and a potato puree. All his components were seasoned to perfection.

It can’t be overstated how challenging a competition like this is. While both chefs are talented, experienced professionals in their field, a mere hour to create composed dishes from previously unknown ingredients in a pressure-cooker environment, is not an easy task. Both competitors were successful and presented stunning dishes in the allotted timeframe.

I was honored to be one of the three judges tasting and evaluating this amazing food. Along with Acme’s owner Bill Shoaf and Gulf Coast State College Assistant Culinary Professor Paul Ashman, we undoubtedly had the best jobs in the house. After a difficult deliberation with scoring so close the winner was decided by less than half a point, Chef Derek Langford received the coveted win and bragging rights. What a battle!

Check out the highlights from the most recent Food Fight at Acme Ice House.

Heading into “off” season, Acme Ice House An American Bistro is on a new track. After opening this past Spring, they’ve learned a lot, made some changes, and are inviting customers to “come dine with us again for the first time.” Acme has a new chef (CIA trained Juan Martinez, most recently from The Pearl), new menu items, and new Happy Hour specials.

With executive chef Juan Martinez at the helm, Acme’s clear commitment is to approachable, exceptional food. Take their Scallops and Dumplings dish. Local Diver Scallops are seared and served with house-made potato gnocchi in a collard green pesto sauce. While testing the dish, Chef Martinez eagerly embraced a new method for preparing the gnocchi – using tips straight from his prep cook’s Italian-born grandmother. That enthusiasm for the art of cooking is what ultimately sets Acme’s fare apart. And their diners definitely reap the rewards.

The word “acme” means the highest point, the top, perfection. Through attention to every detail and an emphasis on house-made components and local ingredients, Acme Ice House lives up to its name. Offering scratch-made dressings, sauces, bread; even first brining and smoking their chicken wings – nothing is overlooked. Seafood is sourced from local fishermen and their cocktails are fashioned with in-house infused spirits (poblano pepper vodka in your Bloody Mary anyone?)

Happy Hour at the bar is 5-6 pm every day and features really great deals. Affectionately known as the “Shuck & Cluck”, Acme offers a dozen fresh gulf oysters or a half dozen wings for only $6. Premium Don Julio margaritas are a mere $5 as are all their classic well drinks. And every football game is on, be it Saturday, Sunday, Monday or Thursday. Fans aged 21 and over need to score a seat and check it out!

A good atmosphere in a restaurant helps make a dining experience, and Acme’s space has this in spades. It’s unique and unlike many of its local counterparts – is modern, warm, comfortable and just plain cool. Let’s put it this way: the bar sports tons of flat screens and a huge picture of the Ramones while the main dining area showcases their open kitchen and two wood burning ovens: a refined, polished vibe.

Acme Ice House truly has it all covered: outstanding cuisine rivaling any in this area, a diverse menu ranging from burgers to prime rib, Happy Hour specials, and a composed casual, collected vibe. See? Something for everyone.