Drinks pour and pour some more!

If you can’t find a wine you like at the South Walton Beaches Wine &amp; Food Festival, it
doesn’t exist. With more than 800 bottles spread across more than 100 booths –
including a 22-table Rosé All Day Garden – there is something to please every palate.

One guest returned to the La Cocina Mexican Grill &amp; Bar station to rave about the
tuna tacos with pear and pineapple kimchi and charred tomatillo salsa.

“Listen, I don’t eat tuna or kimchi or cilantro, and look: I have a clean plate,” she
admitted. “This is delicious!”

The Grand Tastings Saturday and Sunday gave winemakers their chance to shine,
including a special selection of Jackson Family Wines inside the Culinary Village.

“This event is incredible. I’ve done a ton of these festivals with Jackson Family and
I’ve never seen anything to this extent before,” she said. “Everyone keeps coming up
saying, ‘I want the Russian River!’ The valley has a really well known presence when
it comes to Pinot Noirs, and they’re well-trusted. This one is very well accoladed by
(wine advocate) Robert Parker.”

Tasting seminars give festival-goers a chance to dig deeper into the flavors they
love. Bill Samuels Jr., retired president and chairman emeritus of Maker’s Mark,
shared glimpses of his incredible life at the center of the Kentucky bourbon scene.

“Pappy Van Winkle gave me my first drink – I was 12,” Samuels admitted. “He said
‘just two fingers’ and I didn’t know what he was talking about.”

He expanded on his mission to evolve Marker’s Mark, moving the flavor profiles by
changing ingredient ratios to create Maker’s 46 Bourbon.

Other presenters included Michael Landis of the Institut du Fromage, pairing meats
and cheeses with Jackson Family Wines; and Eugenia Keegan, Erik Kramer and
Mollie Battenhouse, speaking on “The Origin and Evolution of Oregon Wines.”

Wine-tasters Marie and Jonathan Wilson were in town from Atlanta, celebrating
Marie’s birthday.

“I am super excited to be here,” Marie said, admitting she’d found a new favorite
Riesling. “Everything is so nice, and the variety of wines is impressive.”

Late Sunday afternoon, Steve Jager of Birmingham was enjoying his final sips with
wife Annalisa, as a breeze blew through the Rosé pavilion.

“It’s hard to pick a favorite, there’s a lot of great things. On the wine side, probably
the Krupp from the VIP tent Friday night. After three days of this, it’s hard to keep
track! Friday night was enjoyment to excess!“ Jager admitted, recalling that this was
his fifth time in town for the festival.

“We were surprised by the Argentina wines, they were always good,” added his
friend Ted Stuckenschneider. “The Rosé tent was wonderful; everybody is enjoying
this and the weather was delightful. As past president of the International Food and
Wine Society in Birmingham, I had to plan 22 wine events a year for two years, and
so, I think I can tell you this was a good one.”

Paddles in the air

As if a 3-day wine and food festival isn’t enough for one weekend, the Destin Charity
Wine Auction is held concurrently at Grand Boulevard, all working to raise funds for
more than a dozen local children’s charities.

A pre-auction reserve tasting gave patrons a chance to meet and mingle while
sampling elevated wines and bites, like the pan-seared scallops with mango beurre
blanc from Vue on 30a, the New York strip with mushrooms and apricot demi gloss
from Seagar’s Prime Steaks &amp; Seafood, and the poached Gulf shrimp with English
pea puree by Caliza Restaurant.

Once the party got started in the auction hall, DCWAF President John Russell
reminded the crowd that in the auction’s 13-year history, the foundation has raised
over $18 million for Northwest Florida children’s charities.

“We’re going to drink wine, but our mission is clear,” Russell said. “There are a lot of
children in need … if you stay committed, we’ll break $20 million today.”

Combining the $685,000 raised during the previous night’s patron dinners,
combined with winning bids like $55,000 for the 50-bottle Magnum Force lot,
$40,000 for a trip to Sea Island, Ga., and $36,000 to make your own barrel of Maker’s
Mark bourbon in Kentucky, that mark was quickly surpassed.

Hello again from America’s next great culinary destination. I hope you are having a
wonderful start to 2019 and enjoying the warmer weather now that spring is upon
us.

As always, the current issue of the Food &amp; Wine Guide for South Walton is jam-
packed with profiles on your favorite restaurants, news of chefs on the move, and
features that highlight why South Walton is truly a world-class culinary destination.

One article I want you to take a special look at is “Cooking up a plate of hope” on
page 16, which outlines South Walton culinary teams’ efforts to feed Hurricane
Michael victims. It seems like just yesterday the Category 4 hurricane roared ashore
in Mexico Beach with sustained winds of 155mph. As the storm calmed and the
rains ceased, the true extent of the destruction came to light. 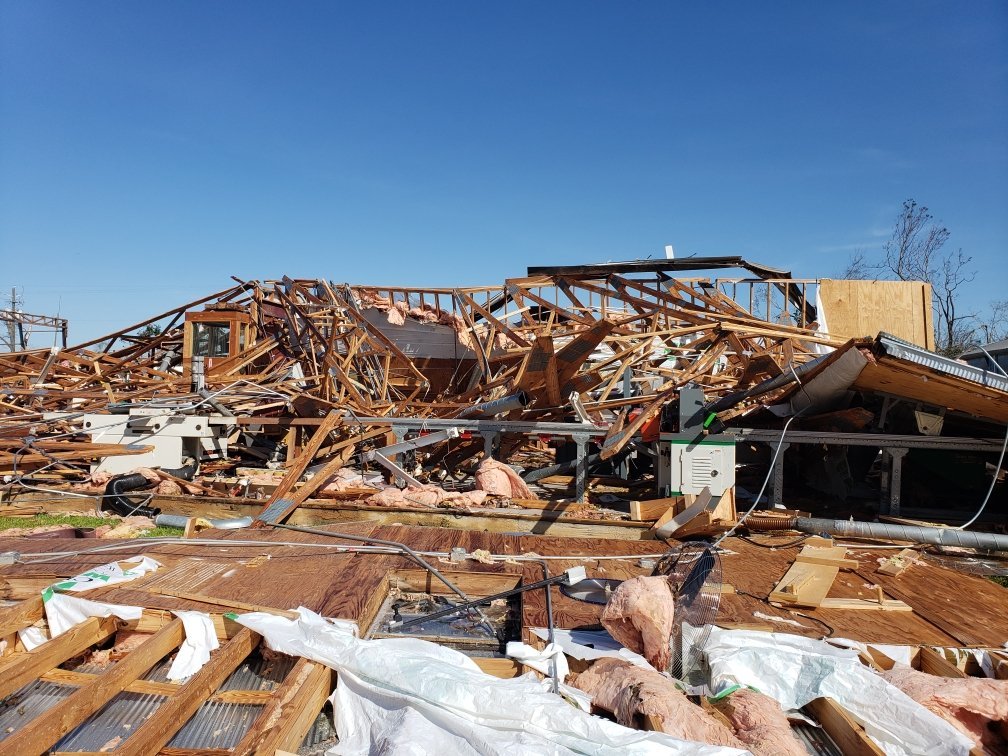 There are tens of thousands of stories of everyday folks from all walks of life who –
after escaping the worst effects of the storm themselves – mobilized to help our
neighbors to the east. This story shines a light on steps a number of our restaurants
here in South Walton took to feed survivors. And please note: while the national
media has moved on from the story of the hurricane and its effects here in the
Panhandle, the need is still great for rebuilding efforts.

On a lighter note, I’d like to ask a favor as well. Please let me know your favorite dish
in South Walton: Jim Shirley’s Grits a Ya Ya, the scallops from Vue on 30a, or any
other dish you feel is the best you’ve ever had. Email me at
phil@30afoodandwine.com and let me know.

Finally, thank you to all of the advertising partners who have helped make this
magazine a success. Your support is greatly appreciated and we couldn’t produce
this guide without you.

Have a fantastic spring out and about in South Walton and bon appétit!

This article appears in the Spring 2019 issue of the Food & Wine Guide for South Walton.

First a taste, then a race

It’s not often that fine dining, education, and a half marathon converge into one
event, but that’s exactly what makes the Taste of the Race so special.

Back for its fifth year, South Walton Chefs Emeril Lagasse, Jim Richard, and Jim
Shirley host the sold-out culinary experience two nights before the Seaside Half
Marathon and 5K Run. The entire weekend – the race, the culinary event, silent
auctions, and raffles – serves as a fundraiser for Seaside Neighborhood School, the
area’s public charter.

The March 1 evening began with a press conference and VIP reception with Lagasse.

“I’ve heard from a few people already that this is the event of the year they look
forward to, both from a food and beverage perspective, and a student volunteer
perspective,” Lagasse said. “I have seen – not only with my own children, but with a
lot of children I have met here – how lives have changed right here at this little
school.”

“With a lot of architects that have been here in the last few months, and Robert
Davis, there’s a few more opportunities that we have now,” Helfand said. “I won’t
say we’re going back to the drawing board, but we’re just reshuffling some things. It
looks like we should start construction before the end of the year.”

“I don’t like to go on the record,” Lagasse interjected, “we will get it built.”

“In home ec classes, they taught very basics: how to boil eggs, maybe to make an egg
salad,” Lagasse explained. “The children here are learning about the soil, what the
soil does to make ingredients, and taking the ingredients and turning them into a
salsa, a guacamole, whatever the case may be. It’s really dotting all of the I’s, and it’s
an amazing opportunity for these kids.”

Shirley’s 45 Central was among the restaurants represented, but he also offered his
love for the educational effort.

“Seaside School is one of my favorite groups to support,” Shirley said. “Cooking,
math, history, physics, nutrition – it all completely intersects in an understandable
way. It’s a way for children to understand food; now they understand the reason
they need to learn this and how it all affects their bodies.”

Focus on the food

Under the tent, more than 30 Emerald Coast food and beverage purveyors
presented samples from the best of their menus.

Holly Smith, Kelly Marcuzzi, Meg McClung, and Arwen Tibaldi of Marietta, Ga., were
in town for the race, and pointed to the rice balls as their favorite bites of the
evening.

A second group of racers – Stephanie, Carla, Kristi Anne, and Katy from Sealy, Texas,
were blown away by the night’s culinary offerings.

“We said even if we don’t come back for this race next year, we have to come back
for this event!” laughed Katy.

Celebrating the recent re-opening and revamping of his Red Fish Taco, Richard
served up grilled Andouille tacos with pepper jack grits, white chipotle barbecue
sauce, and a side of enthusiasm for the event and the school.

“To see the forward momentum of the project is so exciting,” Richard said. “You can
look around at the school and see the changes with the additions of the stage and
the classroom. You can really feel and see and help it grow; it’s the greatest thing to
be a part of.”