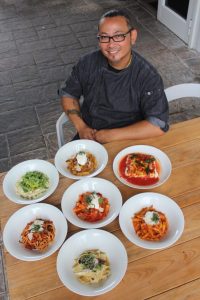 From quail to octopus, snapper to scallop