Special Contribution to 30a Food & Wine

An Honored Tradition: Friends of the Inaugural Candlelight Dinner

Chef Jim Shirley of South Walton County, Florida was contacted by the Florida Restaurant and Lodging Association to prepare a high end, seven course meal for the then Governor Elect of Florida Ron DeSantis’ Inaugural Candlelight Dinner the night before his inauguration. On January 7, 2019, Jim and a crew of 30 including his top chefs and Director of Operations, Dan Tinghitella, traveled to Mission San Luis in Tallahassee to prepare for the evening’s event. The dinner was hosted by the Republican Party of Florida.

“I was humbled and honored to have been asked to cook for such an esteemed group of people in such a lovely venue,” Shirley explained. 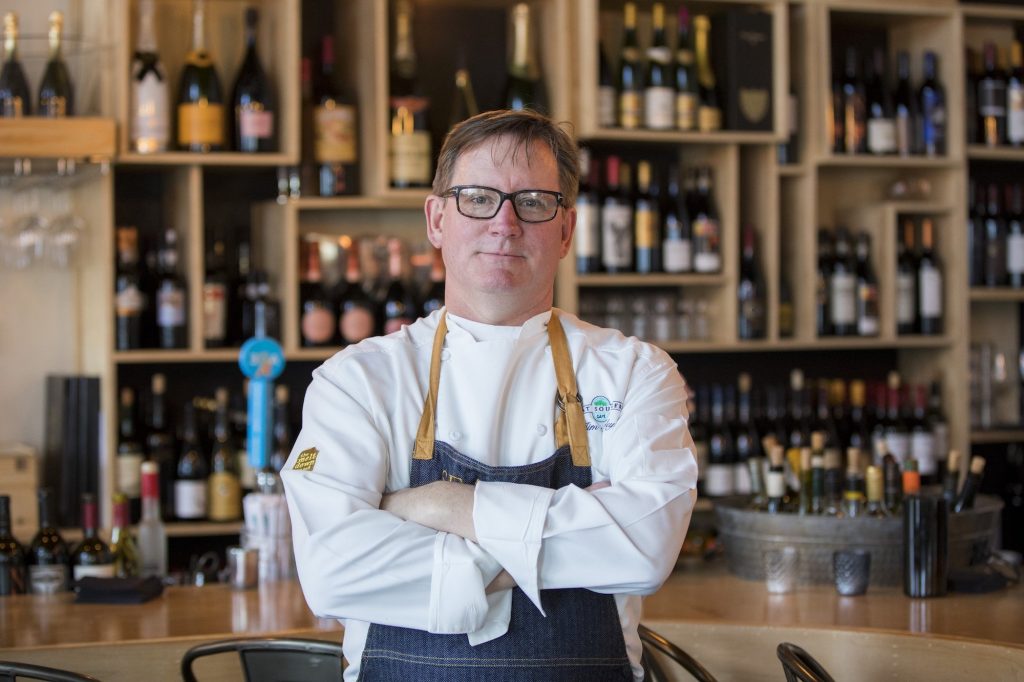 Shirley worked with local farms that are part of the Fresh from Florida initiative to source over 85% of the menu. Upon arrival at Mission San Luis, the crew began preparing for the evening’s courses, which included six passed hors d’oeuvres and a four-course dinner. The opening reception was arranged outdoors in the Portal Paseo under a tent where the appetizers were passed to guests as they arrived and socialized. 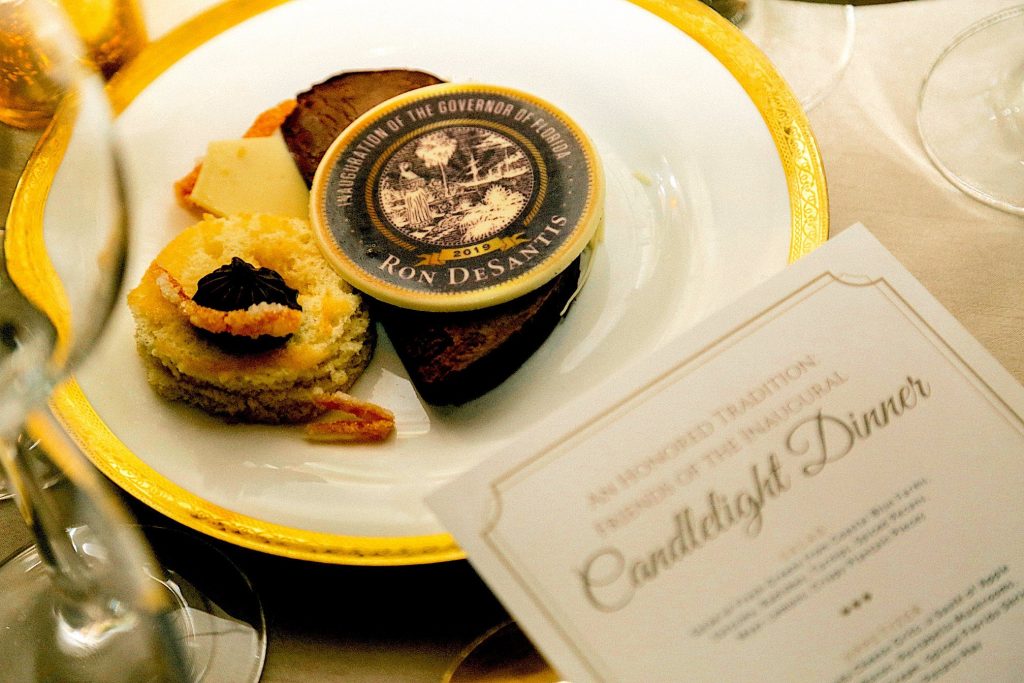 Shirley boasted about his crew saying, “I am truly proud of my team for their hard work throughout the day and night. The evening went off without a hitch.” Shirley’s team, along with the mission staff and Andrew’s Catering from Tallahassee served almost 200 guests that evening, as the Republican Party of Florida welcomed now Governor Ron DeSantis to his newly elected position. Shirley was also invited to speak at the event about his relief efforts following Hurricane Michael in October of 2018. Shirley, along with many of his staff, set up an entire mobile kitchen in Port St. Joe, Florida, following the hurricane and fed thousands of people in the area. They partnered with the Florida Restaurant and Lodging Association as well as local restaurateur Mark Haddock of Krazyfish Grille in Port St. Joe to bring people in need fresh, safe, hot food following the storm. Shirley was honored to be able to share his story and the difference his community of South Walton made during the efforts.

“It was a wonderful feeling to be able to speak about our relief efforts. Our community really pulled together to make it all happen after such a devastating hurricane.”